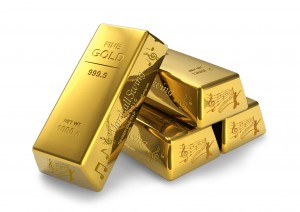 The calls for a gold standard are DEAFENING!

Republicans are READY for a gold standard: http://www.reuters.com/article/usa-campaign-gold-idUSL2E8JNHD420120824

And we have hundreds of calls for the end to cash at the same time as calls for a gold standard?  This is all part of a very cleverly crafted plan to end cash and bring in a gold standard for the Global Elite to exercise total control:

10 years ago, 5 years ago, NO 2 years ago no one would have imagined Alan Greenspan saying Ron Paul was right.

Alan Greenspan will be 91 years old in a few days.

He built his life and reputation on the backs of phony fiat currency as Federal Reserve Chairman.

So now Alan Greenspan, just before his death, says we need to return to a gold standard…  Oh, really?

A guy who is buddy up to the Elite suddenly “sees The Light” and has converted to the side of The Righteous?  Really?

Libertarians will be saying “I told you so”…

Ron Paul will probably be smiling…

But, I will tell you when Ron Paul was not smiling and he was even evasive.  In the Fall of 2009 I was considering running for Congress and one of the people I admired most was Ron Paul.  So, I scheduled to attend a Campaign for Liberty Conference at Valley Forge, PA.  The health care issue and Obamacare were all the rage back then and at the center of almost every news show and article anyone penned and 8 years later it seems not much has changed.  At that conference, I met Andrew Napolitano, Peter Schiff, Daniel Hannan, and Paul, in private sessions and private socials, which were all paid for, of course, by the folks wanting to meet them privately and converse with them.  I asked them all tough questions and found out real quick some them are REALLY good at evading tough questions.  The last day of the conference, Ron Paul spoke so I went to the line to ask questions at the audience microphone.  My issue was although Republicans and Libertarians were accurate in opposing Obamacare none of them seemed to be framing a solution to the problem.  I was naïve enough to believe a solution could be achieved and if framed correctly could be adopted.  Ron gave a very evasive answer on the solution to the health care problem so once he stepped down from the podium shaking hands I placed myself near enough to again shake his hand and let him know he did not answer the question and I pressed him for an answer and he was clearly perturbed but his answer was “let insurers charge what they think they need to charge”.  Paul had to answer the question because the news media were right beside us.  They knew he was evasive of my question when he was at the podium.  I thanked him after letting go of his hand and headed back to Illinois the next day.  I found out later my dad in North Carolina was watching FOX News and saw me on their broadcast asking the question.

So what is my point in telling this story?

Sometimes the answers posed for solving a problem are not very well thought out.  Just look at these current Republicans who have been having quite the difficulty agreeing on how to repeal or change Obamacare even as they own both houses of Congress and the White House…!

Paul’s answer to me was indicative of having a free market, of course.  Now, Ron’s answer was certainly not the correct answer to the health care issues and he knows it is not.  Personal responsibility to maintain height, weight, and fitness standards and eat organic food and be chemical free just like Ron Paul does every day of his life is the only answer to the health care crisis.  Ron Paul loves cycling, no surprise there, and even challenged the other Presidential candidates to a cycling race but none of those out of shape wanna be presidents were able enough to take him up on the challenge!  But I guess Ron cannot say “personal responsibility” on national TV…  Instead, he gives the talking points answer on stage and an unpopular free market answer walking through the crowd.  (I still respect Ron but a whole lot less after his vote on DADT.  Then I saw clearly his liberal-er agenda to propel him to the White House in 2012).  Sometimes candidates have to do what is popular and not what is right in order to get elected.

And that is the very same thing Austrian Economics supporters would want a gold standard to be – a free market with personal responsibility.

AIN’T GONNA HAPPEN, NOT IN THIS LIFETIME, FUGGET ABOUT IT…

He who holds the gold makes the rules.

The Global Elite have far more gold than anybody!

He who makes the rules makes them according to his standards…  And their standards are ANTI about 95+% of all the people of the world.

Ain’t nothing changed under the Sun…

Alan Greenspan is a friend and a tool of the Global Elite…  He does their WILL.

All this gold standard talk IS is Alan Greenspan setting up the landscape for the acceptance of a gold standard once the Global Economic Collapse wipes out all world currencies and a quick fix is needed to get economies back to working and trading internationally and believe it now ALL the countries will readily accept the Global Elite’s gold standard when it is the solution to nightmare civil chaos and anarchy and the killings and lootings all over everyone’s countries as people have no food and are desperate.

I detailed what is going to happen somewhere in my June/July 2014 writings.  Read all about it.

You will see countries immediately confiscate the yellow metal and nationalize all mines.  WHY?

Because the Global Elite will write that into their requirements for the new world economic system.

Sometimes you have to put on the thinking cap and actually THINK.  You have to ask yourself questions upon questions upon questions about why you are seeing and hearing what you are seeing and hearing…  Like this one: “if the world economy functions JUST FINE at oil at $52 a barrel why was it we had oil at $75, $90, $100, $110, and $146 a barrel?  You have to actually think “was an economic fiat game played to raise oil prices only to reel it all in in order to master it, control it, and eventually own it all?”

But the stage must be set by someone with the reputation of a Greenspan before the rest of the economists in the world will follow, then so go the politicians, then so go the little people…

He who holds the most gold makes the rules!

Hmmm, what was it Karen Hudes said 170K tons in the Bank of Hawaii?  There is indeed a lot of controversy about how much mined gold there is in the history of the world but one thing is for sure…

He who holds the most gold makes the rules!

This is not a “come to Jesus” moment by Alan Greenspan nearing the end of his life and wanting to make things right.

This is the Global Elite doing their setup propaganda aggrandizing the lure of “PEACE AND SAFETY” in the economic world in order to restore order and economy – THEIR WAY – after the Global Economic Crash.

1 Thessalonians 5:2-4  For you yourselves know perfectly that the day of YHVH so comes as a thief in the night. 3 For when they say, “PEACE AND SAFETY!” then sudden destruction comes upon them, as labor pains upon a pregnant woman. And they shall not escape. 4 But you, brethren, are not in darkness, so that this Day should overtake you as a thief.

The Global Elite are not going to sit down at the global economic knights of the round table, when they have far more gold than anyone else, and allow fairness in economics over the face of the world by little third world countries and developing nations who have very little gold…

Everything you are seeing in the economic world, right now, IS A SETUP FOR THE MAIN EVENT.

Still seeing into the future while tickling the ivories on my grand piano in The Wilderness of Southern Illinois, stay thirsty for physical silver and gold my friends, it’s the only way to maintain and increase relative wealth right through the Global Economic Collapse which appears to be scheduled for July 2018,