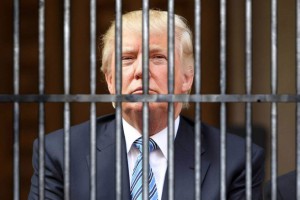 It is Sunday evening and less than 5 days until the scheduled Presidential inauguration of Donald Trump!

Donald Trump appears to give more hope to regular people than any President in many decades as time and time again we see him proposing to change Globalist standards that have been “set in stone” in the business of the United States for well more than 100 years, at home and abroad.

America, for sure, has enjoyed much bounty in Globalization as she has run up 20 TRILLION in debt that cannot be paid off and at the expense of other countries who have to work for a living.  In the process of running up all this debt, we see the rich get far richer, the poor get far poorer, the middle class loses its foundation, and everyone everywhere shoulders the massive debt accumulated as it forces its fiat self upon all nations, all people, all institutions, and pretty much everything else in sight.

Can Trump change things for America?

How will the world view America if Trump is successful in taxing other countries imports and slashing trade deficit by calling home companies?

Would their inclination be, say, “enough is enough”, gang up on America and force her into exile and only trade with her in tangible assets like gold and silver and not fiat money which she creates at whim?

We may never know but I will tell you for sure the Elite Globalist’s do know that future and they are against it.

We see this in Davos at the WEF: https://www.yahoo.com/news/chinese-leader-meets-davos-elite-voters-revolt-054655251.html

“China’s president will preach the advent of a new world order in Davos next week before the high priests of globalisation, who are facing an uprising from voters against their orthodoxy of open markets and borders.

In that context, it is noteworthy that Xi Jinping will become the first Chinese president to attend the forum when he gives a keynote speech on Tuesday that is expected to extol Beijing’s efforts to negotiate new types of regional trade deals shorn of US influence.”

The Global Elite are not happy with China’s regionalism with the BRICS.

In the 2 months after the election, we have seen a steady stream of questionable events from “Green Party” recounts, to Russian hacking accusations, to supposedly Trump colluding with the Russians.  It has been a crescendo from start until now and GETTING LOUDER by the day:

“I’ve had all of the major classified briefings. I have been astonished at what has been a two-year effort [at] Russia to spearfish, to hack, to provide disinformation, propaganda wherever it really could. And I think this has been a very sophisticated effort,” Feinstein added.

“Mr Steele also decided to pass on information to both British and American intelligence officials after concluding that such material should not just be in the hands of political opponents of Mr Trump, who had hired his services, but was a matter of national security for both countries.”

“To be clear, the document’s existence and presentation to Trump is something that was widely reported after CNN broke the story, including by The Washington Post and the New York Times. And now, since Conway’s interview, Vice President Biden has confirmed that he and President Obama were also briefed on the document. And now multiple reports — from CNN, ABC News and NBC News — indicate FBI Director James B. Comey had a one-on-one conversation with Trump about the document after last Friday’s intelligence briefing.”

“In a sit-down interview Thursday with NBC News, Kremlin press secretary Dmitry Peskov forcefully denied Russia had tried to influence the presidential election in an effort to help Trump win the White House.

The report “is a ridiculous thing, nothing else … it does not contain any proofs, any evidence,” Peskov said.”

“Lots of things that’s being blamed on us and our president — they’re false and they’re fake,” Peskov said. “Think twice before saying that Russians are bad guys.”

“It would certainly be nice to know what the hell is going on here. In the meantime, the Department of Justice announced yesterday that they’re investigating how the FBI and Comey handled the investigation into Hillary Clinton’s emails.”

“In a “declassified version of a highly classified assessment” released on Friday January 6, the U.S. intelligence community laid out its judgment that “Vladimir Putin ordered an influence campaign in 2016 aimed at the US presidential election,” with the specific goal of harming Hillary Clinton’s “electability and potential presidency.” The report went on: “We further assess Putin and the Russian Government developed a clear preference for President-elect Trump.””

“Top U.S. intelligence officials have briefed leaders in Washington about an explosive — but unverified — document that alleges collusion between Russia and President-elect Donald Trump, NPR has learned.

The brief, which NPR has seen but not independently verified, was given by Senate Armed Services Committee Chairman John McCain to FBI Director James Comey on Dec. 9. Details from it have been part of presentations by Comey and other intelligence leaders to Trump, President Obama and key leaders in Congress.”

So many news articles!  If you Google “Russian hacking trump colluded” you get an enormous volume of articles.  I have been watching dozens of these developments for weeks now.

The media is obviously escalating things and appears to be doing so in concert (déjà vois manipulation) BUT it all has to end one way or the other this week!

There have also been many maneuverings by the Obama Administration in the forms of executive order, memoranda, and actions in Congress which I will not go into here but these are not the actions of a President who is getting ready to segue into a docile public life after office!

How does it end, folks?

Well, I will give you one plausible scenario as we watch the week unfold:

It sure seems to me something like this scenario is what they are setting up!  Why scream about Russian hacking if they do not have a PLAN?

Still watching gold and silver flounder in DEPRESSION and manipulation every day, still trying to figure out the timing of the Global Economic Crash, all from the safety of The Wilderness of Southern Illinois!  Stay thirsty for physical gold and silver my friends,