Here is the cover image: 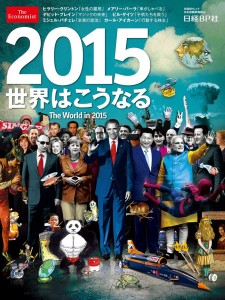 The first date, October 23, 2015 has come and gone with no crash.  That was my first choice of the most likely date for the Crash, for several reasons, mostly prophetic.

The next upcoming candidate(s) are this Monday through Friday, October 26 thru October 30.  This is early Tuesday morning and FOMC begins in a few hours and as always there is much speculation as to interest rate increases.  Most think this time the FED will not raise rates but they have surprised everyone in their history.

The reason we are in a crash watch now, related to The Economist magazine cover, is this picture indicates a holiday, of a ghostly nature, that is like a vacation.  I theorized it means the banks and people are on holiday by this date because the Global Economic Crash with take down all the currencies of the world and leave the world with a currency for a trading system, thereby causing an extremely precarious situation when no export/import traffic can move because there is no trust in any existing currency.  That means no trust between nations and that is extremely serious business because in this world international trade liquidity and flow affects the daily lives of every man, woman, and child.

So, pertaining to the 5 days this week we have this image of the Ghost from The Economist with no apparent pointer to the specific day but maybe a pointer to the time of the day or market: 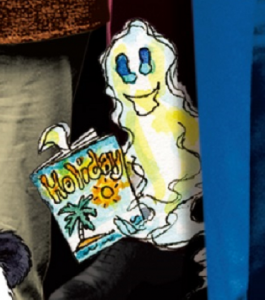 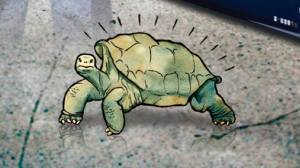 I my main article, I surmised the 4-2-3 could mean 4th Quarter, 23rd day.  The morning of October 23rd, I asked myself the question “what time of the day would this occur?” and looked at the toes, so if the Market opens at 930AM EST then 4 hours and 23 minutes from market open would be 1:53PM EST in that afternoon.

So, not only date and time but a double message if the Crash happened on October 23, but it did not.

In past articles, I have made it well known The Elite must crash all the world currencies in order to establish a one world currency because of the threat of China, Russia, The BRICS, and other nations trying to wrestle the control and dominion exercised on them by these Elite in the form of the U.S. Dollar, The  Pound, The EURO and paper fiat currency whereby the West owns the East and pilfers them of their natural resources for a mere pittance by keeping the price of commodities very low via paper manipulation of the various commodities markets.

It is a very astute mathematical game they play in the manipulation of commodities prices yet when challenged government authorities merely turn a blind eye because they serve at the pleasure of the government that makes the rules and implements the decisions of The Elite to further their economic gains and make sure they stay in power throughout the world.

The people, particularly in the United States but also in other governments, are carefully divided along party lines thus their real power to throw off tyranny is subverted by various issues, both economic and moral and creates a great divide amongst the people of all nations so that none is free to follow moral code as old as time itself, namely those of God our Creator.

And it is a very sad state of religious affairs when religious people decide to follow God morally in what seems to be moral issues yet ignore God’s absolute Law in things like environment and social concerns because the political party who seems to support their moral predilections demands obedience to the global corporate monster.

The people, thus, are CRUSHED, between various rocks and hard places.

Those familiar with my writings know that in Summer of this year I published a date range from September 11 thru October 22 as giving times when the Global Economic Crash could occur, then extended that to October 23 once I had analyzed The Economist magazine cover of the year, and now we are into the extended time frame of the crash and all the after October 23 time frame events come into play.

But what does it mean that the crash did not happen on October 23?

It means God’s Children, The Children of Israel, and all who hear this message and heed the warning have extra time they do not deserve in order to make preparations for the crash.

The real question is will they heed the warning and will those who read this warning take up the call and alert them wherever they are in the world.

I now have an extensive database whereby I mail out warnings to alternative news groups, media groups, ministries, and well connected individuals all over the world.  This was built by people who sacrificed many hours night and day in the creation of it.  The recipients of these mailings have the power, easily, within their grasp to get the message to 10s of Millions is not 100s Millions of people.  Easily, within their grasp, but what do they do?

Will they sit on the information that can save their follower’s and viewers financial lives or will they warn them?

May YHVH God bless you and keep you and shine His favor upon you as you strive to follow Him.

PS…  MY SOLUTION, a way of escape:

Have you protected your family by storing your wealth in precious metals, silver, gold, platinum, palladium, and other hard assets that are economic crash proof and safe?

I have established a wealth preservation fund called The Exodus Fund.

It is available now at  www.TheExodusFund.com

It is a wealth preservation fund not an investment fund.  It is a safe haven for people to save the wealth YHVH God has given them as stewards and to protect everything they have in this coming economic crash.  The Exodus Fund buys gold and silver bullion, precious metals, and sometimes other hard asset types that will not lose their value in a global currency collapse.

The Exodus Fund is available now at:  www.TheExodusFund.com