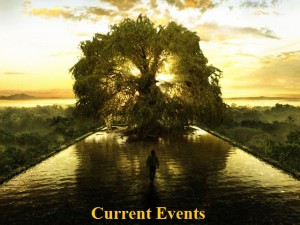 I write my first song in the early 1980s, as a result of reading the scriptures on healings by Yeshua (aka Jesus) and the first song I wrote was “Jesus Is His Name”.  Over those years in the 1980s and early 1990s many more songs followed but I never received clear direction as to what to do with my songs or whether I would become a “Christian” musician.

In July 2014, I gave 4 of my songs to an elite arranger, Gary Slechta in Austin, TX, and 4 others to another elite arranger, Steve Hoover, near St. Louis.  They both produced incredible arrangements but when they gave me the scores and a software generated sound file of the music I could not tell just how incredible the work they had done for me was!

So, we entered the recording studio in late September, 2014, after those 8 original songs were arranged, and with 4 other “jazz” hymns arranged by Frank Goessler and Kurt Silver (I love that last name!), for a total of 12 tunes for my first album.

But, when nervous or feeling anxiety, I rarely shows it on the outside.  I just grow quieter, determined, and the thought processes run many miles a second to get things back to normal.  Thus, I appear in full control and fortunately I usually get there!

I was skeptical of my abilities then as I had not played professionally in 35 years so I was very out of practice, not that I had to perform as I did not have to play piano until the vocals and editing, but just being around the finest musicians in St. Louis was intimidating for me having rusty skills.  They performed very well and, as I listened to the sessions live for mistakes or notes or interpretations, I gained confidence that I always had a very good ear and could hear any issues with the sessions.  The sessions were intense as we covered a lot of ground in a short time and there was monetary pressure to get the job done and hold down costs.

We came out of the sessions with more costs than I had expected but I felt good about the quality of the work and far more confident in my ability to add good vocals to them as these local musician’s perfection made me all the more want to step up to their challenge.

After about 21 hours of sessions, we backed everything up to hard drives and it was off to editing, then mixing, and finally mastering, and lastly putting them on the market.